The Source Field Investigations – These New Discoveries May Shock and Delight You!


David Wilcock's new book answers a lot of questions about 2012! He is touted to be “The reincarnation of Edgar Cayce” though he personally desires to be known for his own achievements in this life. All his information is thoroughly based upon science, so it can be validated by anyone. I can't wait to get my copy. Here is the information from Barnes & Noble: 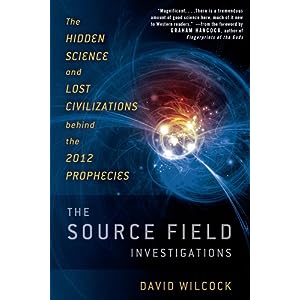 The Source Field Investigations: The Hidden Science and Lost Civilizations Behind the 2012 Prophecies [Hardcover]

“David Wilcock is a leading thinker who makes a magnificent case in these pages that a golden age is indeed within our grasp.”
-Graham Hancock, bestselling author of Fingerprints of the Gods, from the foreword

Based on a hugely popular Internet documentary, this exploration of historic signs and symbolism determines what the future holds for humanity come 2012.

The Source Field Investigations paints a “big picture” that is quite an adjustment for the average person… but is nonetheless backed up with extensive evidence:

“If you believe there is no special significance to the year 2012, then prepare yourself for a guided tour through the most incredible scientific mysteries in the modern world, which may be the rediscovery of an ancient system of physics and spirituality that was once widely used and understood, but has since crumbled almost completely into ruin.” –The Source Field Investigations.  Take a look at his full-length documentary about this exciting new energy that is coming and how to prepare yourself to take advantage of its rising vibration rate:

In his documentary The 2012 Enigma-viewed more than two million times- David Wilcock exposed many great secrets: DNA, consciousness science, wormholes, stargate travel, sacred geometry, three-dimensional time, the Mayan calendar, and much more. And in this book, his seminal work, he'll expose even more. David shows how this exact DNA vibrational shift has happened in the past as well, in intervals of about 26,000 years (The end of this Mayan Calendar Cycle and Precessional Equinox Cycle) like the instant transformation from Neanderthal man into Cro-Mangon, and 26,000 years before that, the die off of the dinosaurs and woolly mammoths.


Calling upon fascinating areas of alternative science, Wilcock's unique philosophy connects the human species and the rest of the cosmos, proposing that it is in our power to usher in the Golden Age prophesied in so many ancient cultures and spiritual traditions. Unlike the doom- and-gloom viewpoints depicted in big-budget disaster films, Wilcock believes that 2012 may be a watermark for when a widespread acceptance of a greater reality will begin to occur-and in his book, he lays out many of the blueprints for such a Golden Age.

Previous The Power of Intention
Next Alone For The Holidays?